The Neighbourhood Plan has been “made” for 16 months and provides the Parish with about 50 new houses up to 2031.  It has been a huge success. It has been instrumental in, for example:

It is widely quoted by residents when either supporting or objecting to planning applications on HDC’s planning portal, for example:

So far, planning applications have been submitted to HDC for four of the eight sites in the Neighbourhood Plan:

NHS We thank you 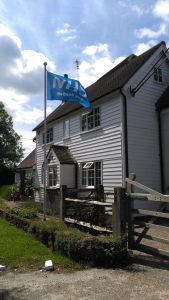